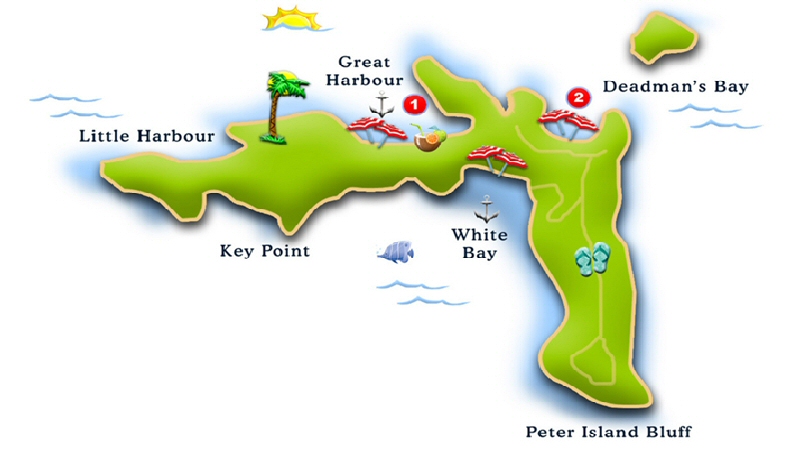 Located on the western side of Peter Island, Key Bay is tucked behind Key Point and Key Cay that protect it from southerly waves yet allow fresh breeze to pass.

There are some coral heads on the bottom so it is best to arrive with plenty of light.